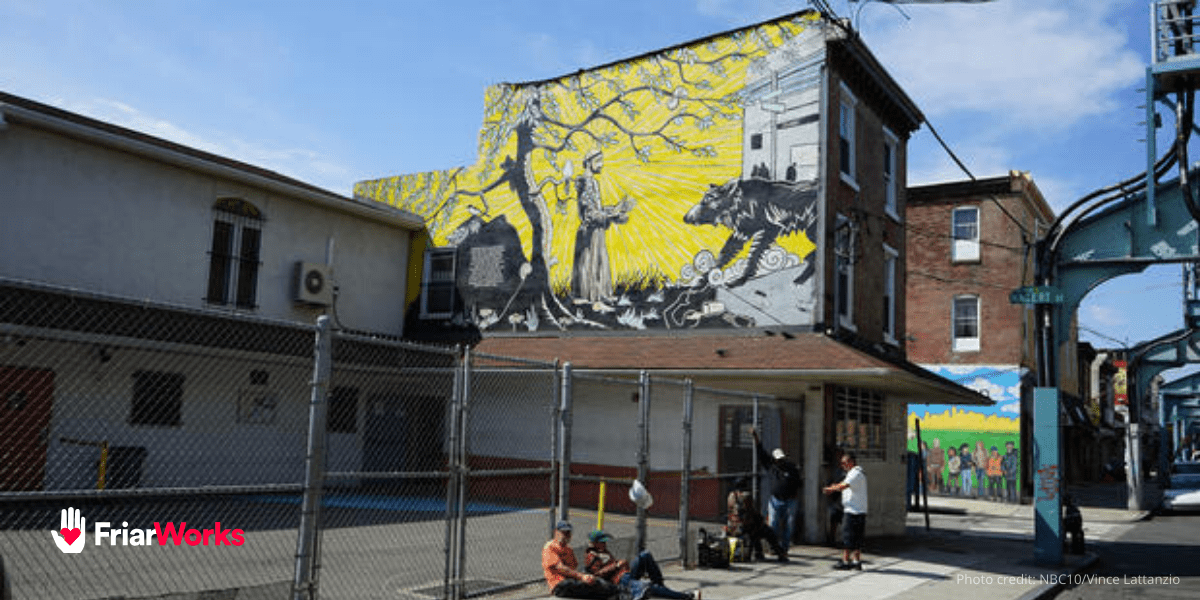 Angie died, but she won’t be forgotten.

We know that homelessness impacts people not only in life, but also in death, because some of our guests here at the Inn die unnamed. Most do not have the funds for a proper burial because even in death, they are stripped of their dignity.

For years, a woman named Angie lived on and off the streets, sleeping outside without enough to eat. She was alone in her struggle until she found The St. Francis Inn. Our warm, nutritious meals gave her strength and hope. She visited the inn frequently and in time, we became her family, and she became a part of ours. We were there for the joyous events in her life – her granddaughter’s birth – and for the sad ones – getting kicked out of an apartment for the third or fourth time.

Then one morning we found her unresponsive. She had fallen asleep the night before in front of the Inn, curled up against our wall. When we tried to wake her, we realized she was dead.

Sadly, the St. Francis Inn community experiences three to four deaths a year. After Angie died, we held a memorial service to honor her – not only as a guest, but as someone who was part of our family. We gave her the proper burial that all human beings deserve.

Brother Fred Dilger noted, “Angie’s death really affected me as a Friar because I realized it wasn’t just about the work. It was about the relationship, it was about being a part of somebody’s life, and also having them as a big part of your life. And how having that interaction and that closeness stops someone from being the “other”. “Years ago, I might have crossed the street because I was a little worried about them or they didn’t seem safe. Then they became someone I spoke with on a daily basis, who I now embraced and was there for all the parts of their life.”

Angie’s death is a painful reminder that those who are homeless die sooner than the average American.

We Remember Them: A Program to Bury the Forgotten Dead exists to remind us that all people, created in God’s likeness, deserve dignity in death. Our non-denominational program will assist in the burial of anyone, regardless of age, ethnicity, lifestyle, or spiritual or non-spiritual beliefs.

I hope you’ll remember Angie’s story. May God bless her and all of those who die prematurely due to homelessness. Let us pray that they rest in peace and are never forgotten because we remember them.

And let perpetual light shine upon them.

May the souls of all the faithful departed,

Through the mercy of God, rest in peace.

–Prayer for the Eternal Rest